During 2019 Ukrainian industrial company Interpipe decreased pipe and railway products sales in tones by 7 percent. Total sales volumes amounted to 798 kt. Export share in sales is 76 percent while share of Ukrainian market went down from 28 to 24 percent. 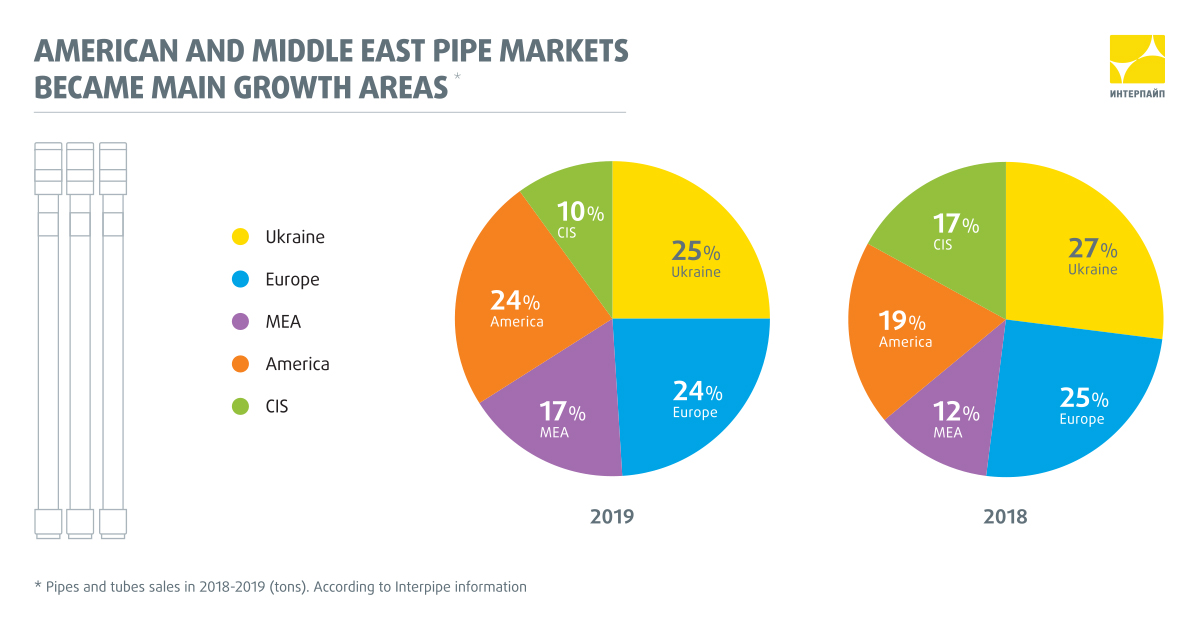 Tubular goods sales thinned out by 11 percent YoY and amounted to 595 kt amid the falling demand at the global market in the second half of 2019.

Pipe deliveries to the Ukrainian customers lowered by 18% YoY to 147 kt. In particular, last year sales to UkrGasVydobuvannya fell by 67 percent YoY due to revision of the new wells drilling programs by the state company. At the same time supplies to private natural gas producers partially offset consumption decrease in public sector.

Interpipe delivered 146 kt of seamless and welded pipes to its European customers (-16 percent YoY). The drop in sales was mainly due to the introduction of import quotas by the European Commission, which did not take into account the capacities of the new Vallourec Niko Tube joint venture.

In total, 140 kt of line and threaded pipes were supplied to customers in North and South America in 2019 (+13 percent YoY). In the second half of the year Interpipe began to cut down its sales sharply to the US market due to the resumption of the antidumping duty of 7.5 percent (in addition to the 25 percent duty for all steel imports). The total amount of levies – 32.5 percent – turned into a real blocker for the Interpipe.

In the Middle East, Interpipe ramped up its sales by 27 percent YoY to 102 kt owing to the sales in the OCTG segment (pipes for oil and gas production). That was possible thanks to the development of a wide range of premium products.

Last year sales in the CIS collapsed by 46 percent YoY (to 61 kt) against the backdrop of the Russian Federation’s introduction of an absolute embargo for pipe imports from Ukraine and the falling demand in other countries of the former Soviet Union. 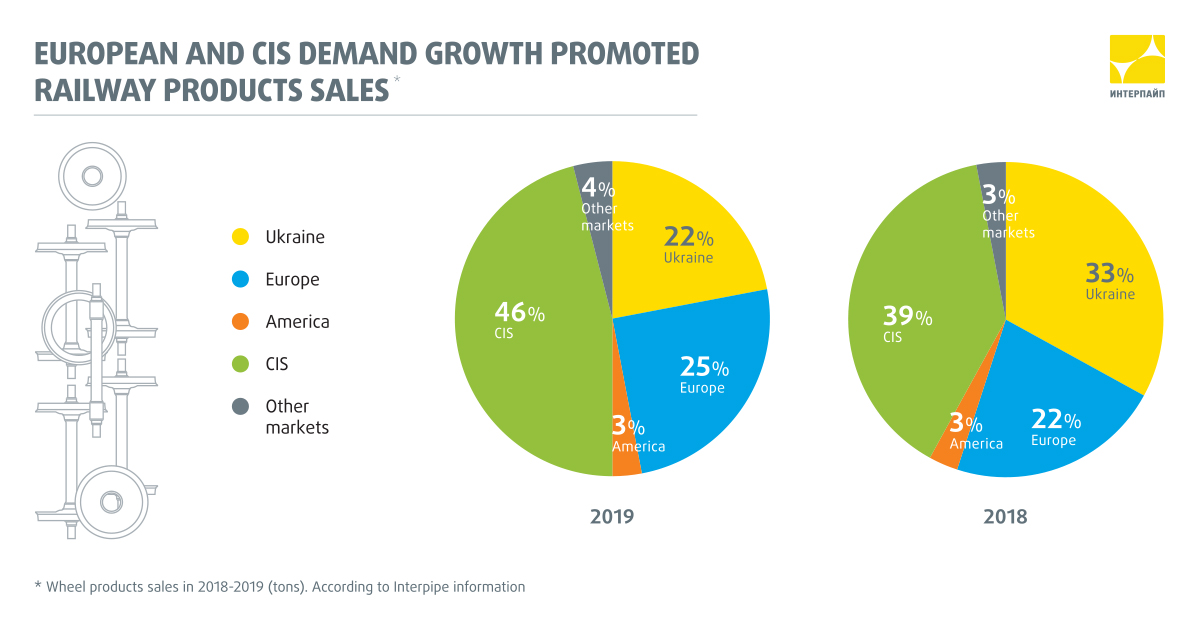 EU railway products supplies in 2019 reached another peak, totaling to 52 kt (+27 percent YoY). Interpipe took a leading position at the freight wheel market and intends to enter the EU passenger wheel market. Last year Interpipe boosted the deliveries of its wheelsets from 10.5 to 14.7 thousand pieces.

CIS sales in 2019 showed a significant growth – by 26%, to 93 kt. At the same time, there was a decline in Ukraine: sales fell by 25% (to 45 kt) due to the suspension of the freight railcar construction by Ukrzaliznytsya and, accordingly, of railway wheels procurement.

The output of round steel billets in 2019 amounted to 854.5 kt, 4.2 percent lower YoY. The key factor the production facilities supplied with raw materials was the extension of the export duty on scrap metal. Almost all steel volumes were sent to Interpipe plants, and only 23.7 kt of billets (22.8 percent YoY) were shipped to third-party consumers.

Denis Morozov, Interpipe Chief Financial Officer:
– Previous year was not easy for Interpipe, but still brought some good results and laid the foundations for development.

In 2019, Ukrainian steelmakers faced at the full extent the consequences of trade wars in the world. Developed countries protect their markets and producers with any means available blocking access for importers. In such circumstances, the strategy of Interpipe is to master sophisticated and niche products. In order to do this we constantly invest in the state-of-the-art equipment.

About the Company:
Interpipe is global producer of seamless pipes and railway wheels, based in Ukraine. The Company’s products are marketed in more than 80 countries all around the world via the network of sales offices located in key markets of Ukraine, Europe, North America and the Middle East.
The company employs up to 12,000 people.